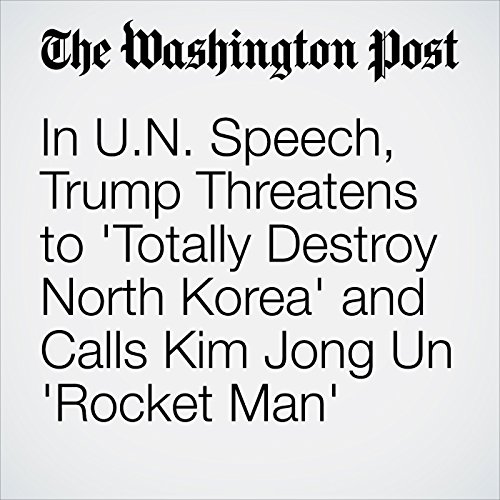 President Trump warned the United Nations in a speech Tuesday that the world faces “great peril” from rogue regimes with powerful weapons and terrorists with expanding reach across the globe, and called on fellow leaders to join the United States in the fight to defeat what he called failed or murderous ideologies and “loser terrorists.”

"In U.N. Speech, Trump Threatens to 'Totally Destroy North Korea' and Calls Kim Jong In 'Rocket Man'" is from the September 19, 2017 Politics section of The Washington Post. It was written by David Nakamura and Anne Gearan and narrated by Sam Scholl.