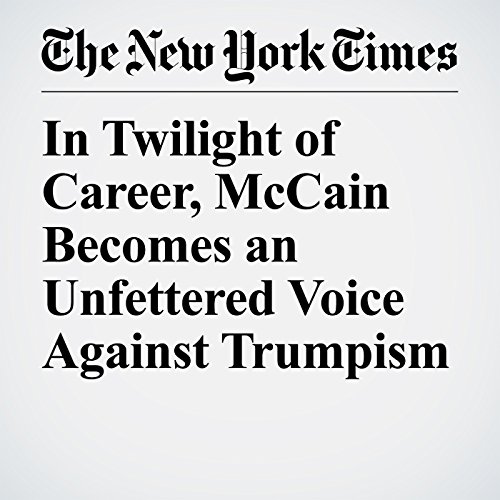 Sen. John McCain, the sometimes cantankerous, often charming and eternally irrepressible Republican from Arizona, has never minced words. But in the twilight of a long and storied career, as he fights a virulent form of brain cancer, the 81-year-old senator has found a new voice.

"In Twilight of Career, McCain Becomes an Unfettered Voice Against Trumpism" is from the October 21, 2017 U.S. section of The New York Times. It was written by Sheryl Gay Stolberg and narrated by Kristi Burns.