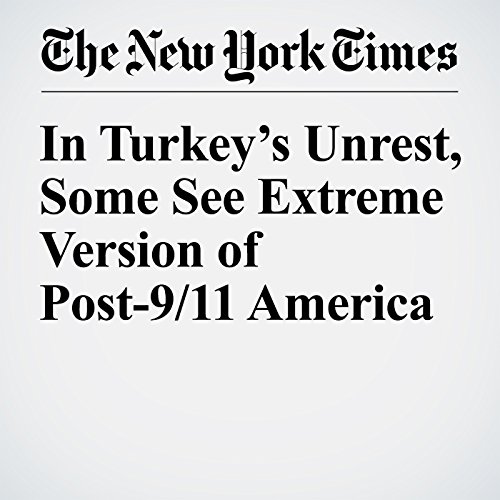 The 75 million people of Turkey, the NATO member and European Union aspirant that straddles Europe and Asia and was once seen as a stable democracy, are facing a ferocious onslaught of terrorist attacks unlike anything that has been seen in the West.

"In Turkey’s Unrest, Some See Extreme Version of Post-9/11 America" is from the January 06, 2017 World section of The New York Times. It was written by Tim Arango and Rick Gladstone and narrated by Barbara Benjamin-Creel.