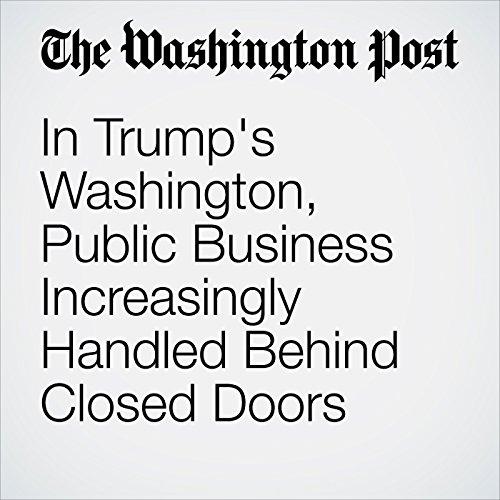 More and more in the Trump era, business in Washington is happening behind closed doors. The federal government’s leaders are hiding from public scrutiny — and their penchant for secrecy represents a stark departure from the campaign promises of Trump and his fellow Republicans to usher in newfound transparency.

"In Trump's Washington, Public Business Increasingly Handled Behind Closed Doors" is from the June 19, 2017 Politics section of The Washington Post. It was written by  Philip Rucker and Ed O'Keefe  and narrated by Sam Scholl.