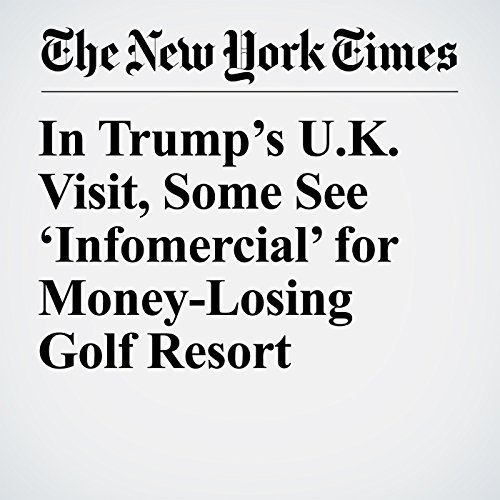 GLASGOW, Scotland — On Monday, President Donald Trump will have a closely watched meeting with President Vladimir Putin of Russia, just days after the announcement that 12 Russian military intelligence officers had been indicted on charges of hacking Democratic organizations in an effort to affect the 2016 election.But first, a bit of golf.

"In Trump’s U.K. Visit, Some See ‘Infomercial’ for Money-Losing Golf Resort" is from the July 14, 2018 World section of The New York Times. It was written by Katie Rogers and narrated by Caroline Miller.