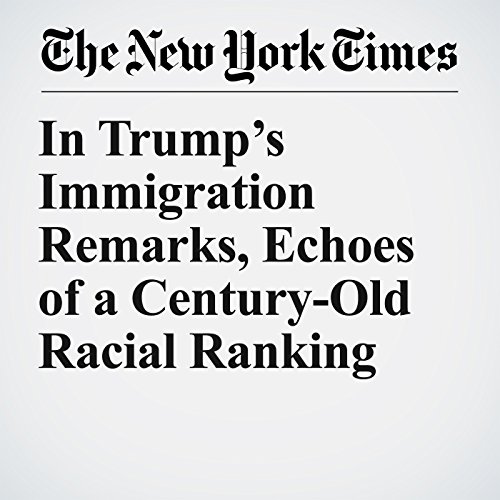 The argument was genteel, the tone judicious, the meaning plain: America, wrote the senator leading Congress’ push for immigration reform in 1924, was beginning to “smart under the irritation” of immigrants who “speak a foreign language and live a foreign life.”

"In Trump’s Immigration Remarks, Echoes of a Century-Old Racial Ranking" is from the January 13, 2018 U.S. section of The New York Times. It was written by Vivian Yee and narrated by Kristi Burns.