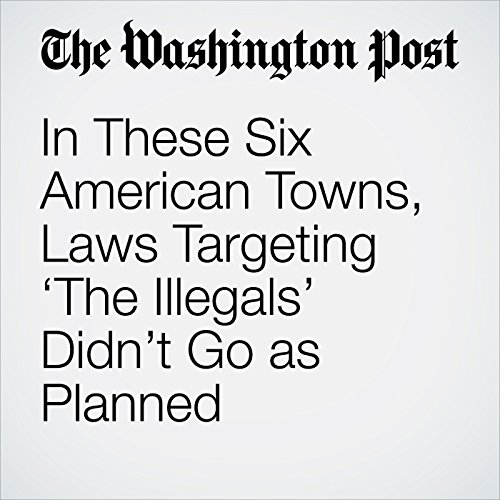 The laws in most cases aimed to make it illegal for landlords to rent to undocumented immigrants and threatened fines for employers who hired them. But among the six most high-profile towns that tried to pass such laws, all have been foiled by court rulings, settlements or challenges with enforcement. Several have been ordered to pay the legal fees for the civil rights groups that brought suits. And in five of the six towns, the Latino population — legal or illegal — has continued to grow, attracted by a continued rise in low-paying jobs.

"In These Six American Towns, Laws Targeting ‘The Illegals’ Didn’t Go as Planned" is from the January 27, 2017 Business section of The Washington Post. It was written by Chico Harlan and narrated by Jill Melancon.