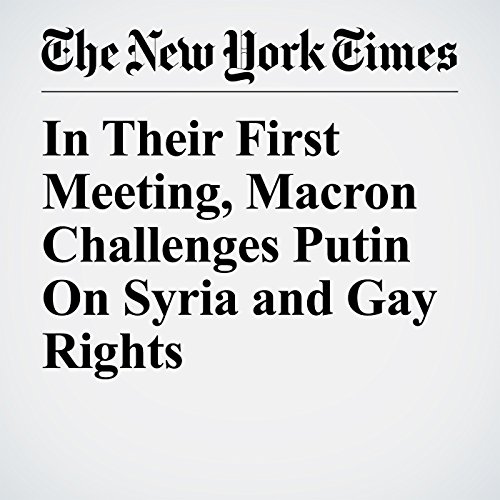 France’s newly elected president, Emmanuel Macron, came out of his first meeting with President Vladimir Putin of Russia on Monday with a message of stark challenge, promising French military reprisals for any use of chemical weapons by Russia’s allies in Syria and saying he would closely monitor the curtailing of civil rights for gay people in Chechnya.

"In Their First Meeting, Macron Challenges Putin On Syria and Gay Rights" is from the May 29, 2017 World section of The New York Times. It was written by Alissa J. Rubin and Aurelien Breeden and narrated by Fleet Cooper.