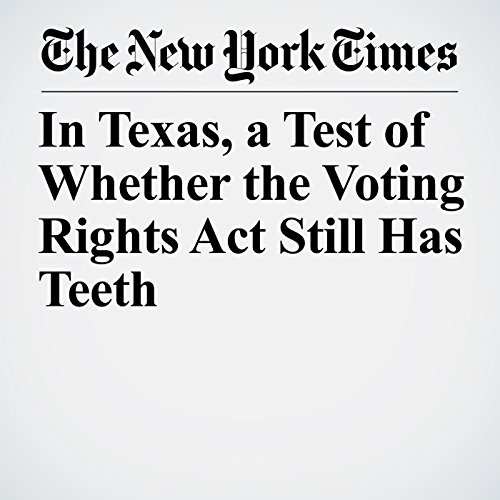 Rights Act in June 2013, the mayor of this working-class industrial city set in motion a contentious change to the local election system that critics said was aimed at protecting white control of the City Council in the face of rapid growth in the city’s Hispanic population.

"In Texas, a Test of Whether the Voting Rights Act Still Has Teeth" is from the January 15, 2017 U.S. section of The New York Times. It was written by Manny Fernandez and narrated by Caroline Miller.

Cosa pensano gli ascoltatori di In Texas, a Test of Whether the Voting Rights Act Still Has Teeth