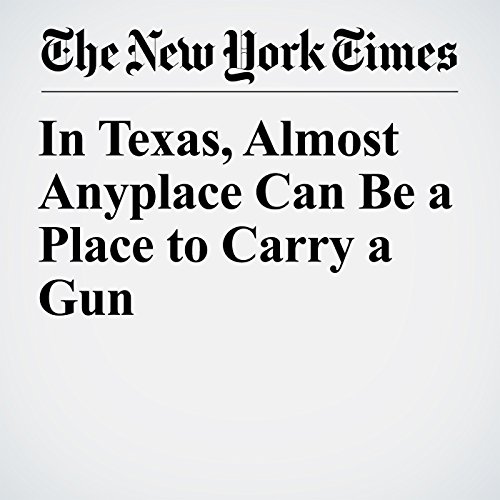 Some Texans bring their guns to church on Sunday and to the office on Monday. Students carry on college campuses in Texas, and foremen carry at the construction site. People carry in the Texas Capitol. They carry in their cars and on their boats. Republicans carry, and Democrats carry, too.

"In Texas, Almost Anyplace Can Be a Place to Carry a Gun" is from the November 06, 2017 U.S. section of The New York Times. It was written by Cat Cardenas and Manny Fernandez and narrated by Keith Sellon-Wright.

Cosa pensano gli ascoltatori di In Texas, Almost Anyplace Can Be a Place to Carry a Gun