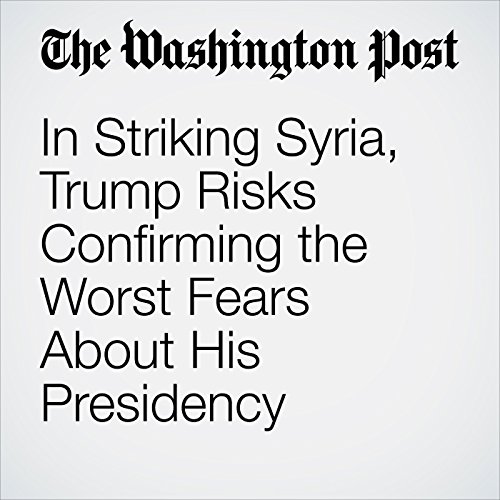 During the campaign and even before it, Trump forcefully derided U.S. military involvement in the Middle East, repeatedly saying the war in Iraq was a disastrous mistake and that he would focus on "America first.”

"In Striking Syria, Trump Risks Confirming the Worst Fears About His Presidency" is from the April 06, 2017 Politics section of The Washington Post. It was written by Aaron Blake and narrated by Barbara Benjamin-Creel.