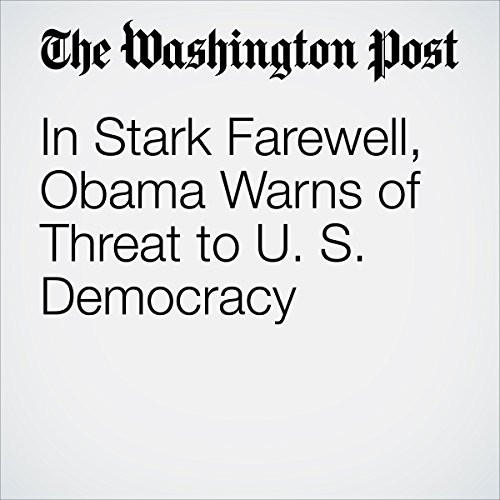 “After my election, there was talk of a post-racial America. Such a vision, however well-intended, was never realistic,” he said. “For race remains a potent and often divisive force in our society. Now, I’ve lived long enough to know that race relations are better than they were 10, or 20, or 30 years ago — you can see it not just in statistics, but in the attitudes of young Americans across the political spectrum. But we’re not where we need to be.”

"In Stark Farewell, Obama Warns of Threat to U. S. Democracy" is from the January 11, 2016 Politics section of The Washington Post. It was written by Juliet Eilperin and Greg Jaffe and narrated by Jenny Hoops.