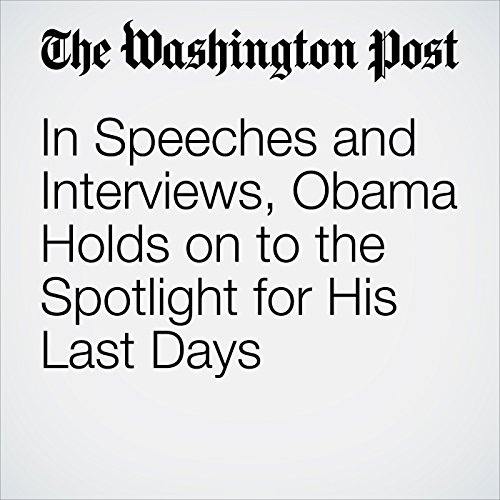 He has said that he plans to stay out of the day-to-day political scrum, find some “quiet,” and write a book when his second term ends Friday. For the moment, though, he is staying in the media spotlight with speeches, interviews and a news conference that is planned for Wednesday. And Obama has used the flurry of appearances to stake out a legacy imperiled by the surprising victory of President-elect Donald Trump.

"In Speeches and Interviews, Obama Holds on to the Spotlight for His Last Days" is from the January 14, 2017 Politics section of The Washington Post. It was written by Greg Jaffe and narrated by Jill Melancon.

Cosa pensano gli ascoltatori di In Speeches and Interviews, Obama Holds on to the Spotlight for His Last Days