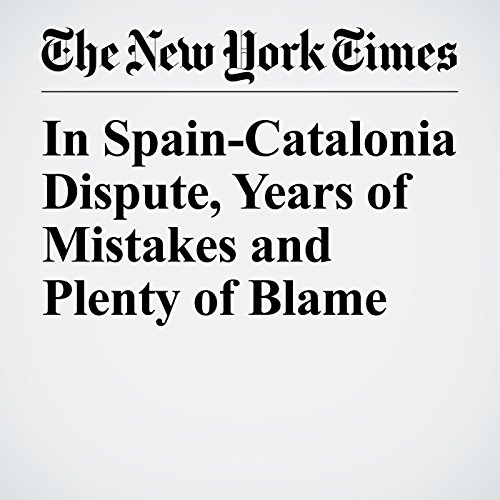 The standoff over Catalonia’s independence drive has reached a sobering moment for Spain after the central government’s announcement this weekend that it would take the drastic step of removing the region’s secessionist leaders.

"In Spain-Catalonia Dispute, Years of Mistakes and Plenty of Blame" is from the October 22, 2017 World section of The New York Times. It was written by Raphael Minder and narrated by Kristi Burns.