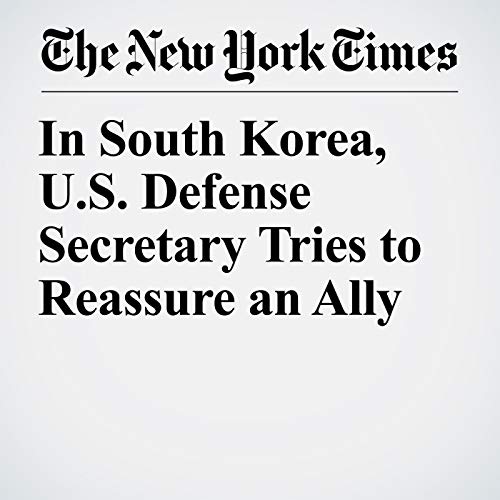 In his first mission to reassure an important U.S. ally, Defense Secretary Jim Mattis arrived in South Korea on Thursday and said he would talk to the country’s leaders about the deployment of a new defense system designed to intercept North Korean missiles.

"In South Korea, U.S. Defense Secretary Tries to Reassure an Ally" is from the February 02, 2017 World section of The New York Times. It was written by Michael R. Gordon and Choe Sang Hun and narrated by Caroline Miller.