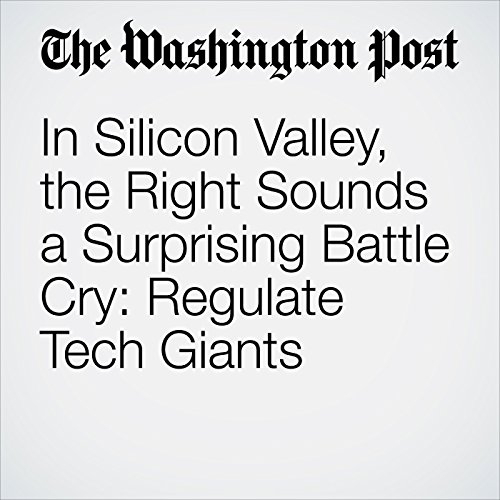 A year ago, Andrew Torba would have balked at the idea of regulating the Internet. He is a conservative, and like many other technologists here, he adheres to the long-standing Silicon Valley belief in a free and open Web, unhindered by government interference.

"In Silicon Valley, the Right Sounds a Surprising Battle Cry: Regulate Tech Giants" is from the August 25, 2017 Business section of The Washington Post. It was written by Elizabeth Dwoskin and Hamza Shaban and narrated by Jenny Hoops.