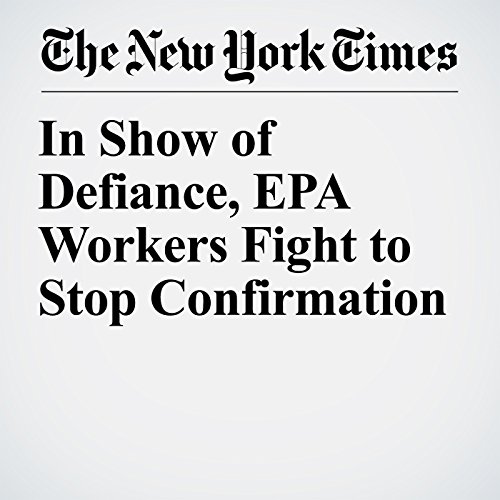 Employees of the Environmental Protection Agency have been calling their senators to urge them to vote on Friday against the confirmation of Scott Pruitt, President Donald Trump’s contentious nominee to run the agency, a remarkable display of activism and defiance that presages turbulent times ahead for the EPA.

"In Show of Defiance, EPA Workers Fight to Stop Confirmation" is from the February 16, 2017 U.S. section of The New York Times. It was written by Coral Davenport and narrated by Kristi Burns.