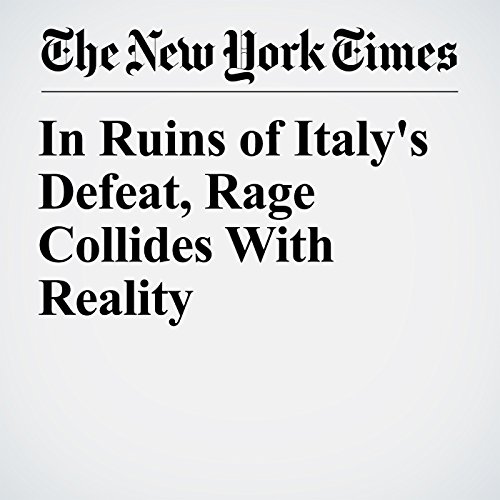 In Ruins of Italy's Defeat, Rage Collides With Reality

Italy lost two World Cups on Monday night: first its chance of appearing in the 2018 edition, and then the three players who represented the final links to 2006, the last men standing from the generation that conquered the world.

"In Ruins of Italy's Defeat, Rage Collides With Reality" is from the November 15, 2017 Sports section of The New York Times. It was written by Rory Smith and narrated by Archie Montgomery.