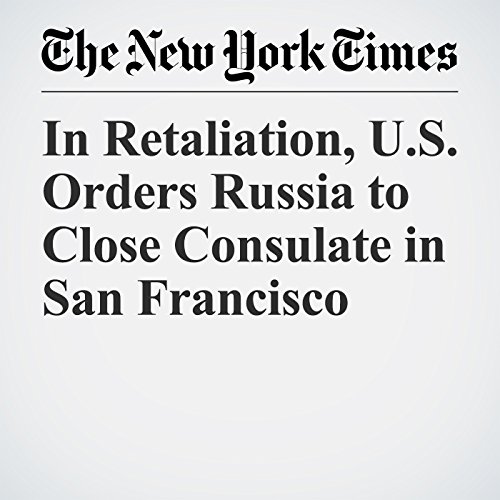 The Trump administration Wednesday ordered Russia to close a consulate in San Francisco and two diplomatic annexes, in New York and Washington, retaliating against Russia’s order for the United States to reduce its embassy staff in Moscow by 755 people.

"In Retaliation, U.S. Orders Russia to Close Consulate in San Francisco" is from the August 31, 2017 World section of The New York Times. It was written by Mark Landler and narrated by Keith Sellon-Wright.