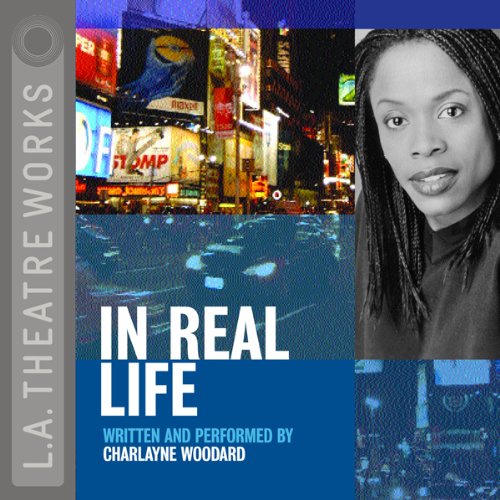 In the final play of a trilogy that began with Pretty Fire and continued with Neat, In Real Life finds Charlayne Woodard pursuing her dreams in New York City. From early days as a stuggling actor to being nominated for a Tony Award, the harsh realities of Broadway are balanced by the unusual and comforting characters that touched her life.

In order to relate to Charlayne Woodard you would have to walk in her shoes. People that are blindsided to this way of life will not enjoy this book. It’s an eye opener.

When I listen to Ms. Woodard...I am there in the audience, back stage, in the cab, in the jungle! I reside in Houston, Texas, but I am there in New York with the sounds of talented people auditioning for a part. I know the slogan is Calgon take me away, but Calgon ain't got nothing on this actress and her riveting performance! Bravo!