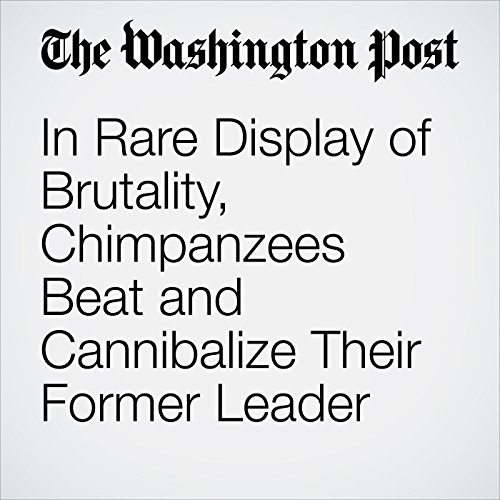 A chimp named Foudouko, a former alpha male, lay bloodied and dead under the trees. Cuts and gashes covered him, suggesting that some chimps had held him down while others beat him to death.

"In Rare Display of Brutality, Chimpanzees Beat and Cannibalize Their Former Leader" is from the February 02, 2017 Animalia section of The Washington Post. It was written by Derek Hawkins and narrated by Jenny Hoops.