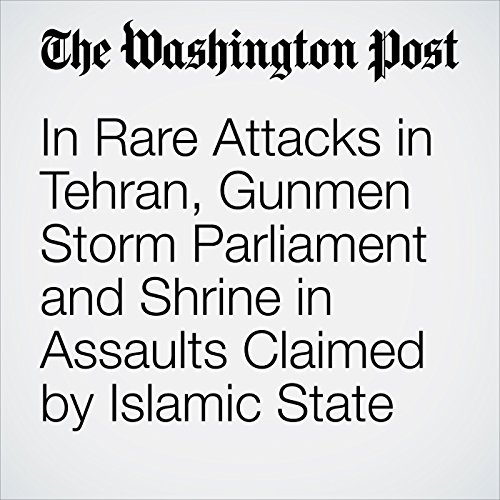 Gunmen stormed two major sites in Iran’s capital Wednesday, killing at least 12 people in gunfire and suicide blasts in parliament and at the revered tomb of the nation’s Islamic revolutionary leader.

"In Rare Attacks in Tehran, Gunmen Storm Parliament and Shrine in Assaults Claimed by Islamic State" is from the June 07, 2017 World section of The Washington Post. It was written by Paul Schemm and Brian Murphy and narrated by Sam Scholl.