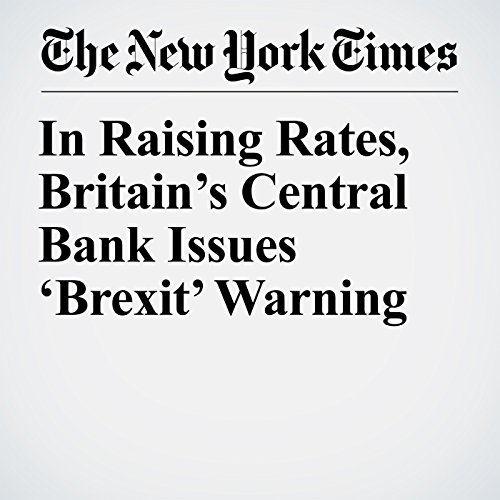 The potential panic phase of Britain’s decision to leave the European Union is effectively history. That appeared to be the message delivered by the Bank of England as it lifted interest rates on Thursday for the first time in a decade, tightening credit in the world’s fifth largest economy.

"In Raising Rates, Britain’s Central Bank Issues ‘Brexit’ Warning" is from the November 02, 2017 Business section of The New York Times. It was written by Peter S. Goodman and narrated by Keith Sellon-Wright.