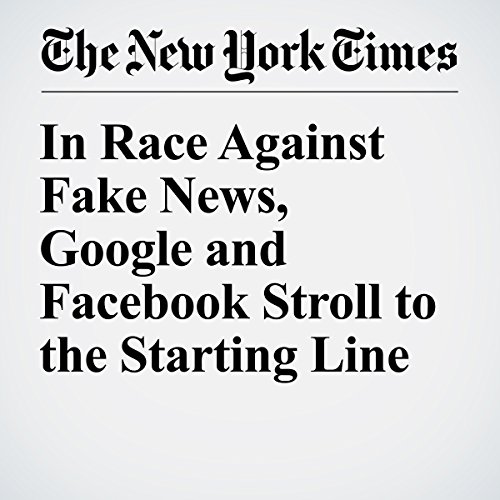 Yet taken together, the efforts showed how the fight against fake news remains a work in progress. Google’s bans were a drop in the bucket compared with the almost 2 million publishers that use AdSense. Facebook’s new measures were part of a continuing series of small experiments by the company to find out what worked best in displaying news to its users.

""In Race Against Fake News, Google and Facebook Stroll to the Starting Line" is from the January 25, 2017 Business section of The New York Times. It was written by Daisuke Wakabayashi and Mike Isaac and narrated by Kristi Burns.