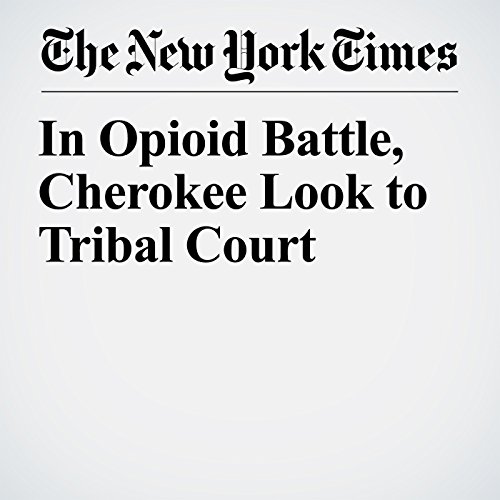 Cherokee children were disappearing. At weekly staff meetings, Todd Hembree, attorney general of the Cherokee Nation, kept hearing about babies in opioid withdrawal and youngsters with addicted parents, all being removed from families. The crush on the foster care system was so great that the unthinkable had become inevitable: 70 percent of the Cherokee foster children in Oklahoma had to be placed in the homes of non-Indians.

"In Opioid Battle, Cherokee Look to Tribal Court" is from the December 16, 2017 U.S. section of The New York Times. It was written by Jan Hoffman and narrated by Kristi Burns.