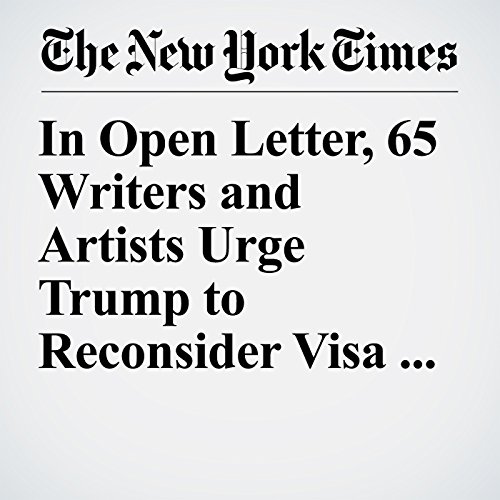 Sixty-five writers and artists have joined with the advocacy organization PEN America to send an open letter to President Donald Trump, criticizing his executive order banning citizens from seven majority-Muslim countries from entering the United States and urging against further measures that would impair “freedom of movement and the global exchange of arts and ideas.”

"In Open Letter, 65 Writers and Artists Urge Trump to Reconsider Visa Ban" is from the February 21, 2017 Arts section of The New York Times. It was written by Rachel Donadio and narrated by Fleet Cooper.