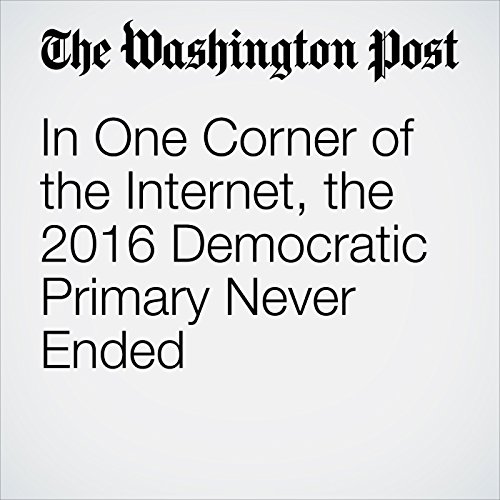 On Friday afternoon, a judge in South Florida dismissed a lawsuit against the Democratic National Committee, brought by people who accused it of committing fraud during the 2016 primary to the detriment of Sen. Bernie Sanders (I-Vt). Neither the DNC nor ousted chair Rep. Debbie Wasserman Schultz (D-Fla.) responded to the dismissal when asked to comment.

"In One Corner of the Internet, the 2016 Democratic Primary Never Ended" is from the August 29, 2017 PowerPost section of The Washington Post. It was written by David Weigel and narrated by Sam Scholl.

Cosa pensano gli ascoltatori di In One Corner of the Internet, the 2016 Democratic Primary Never Ended