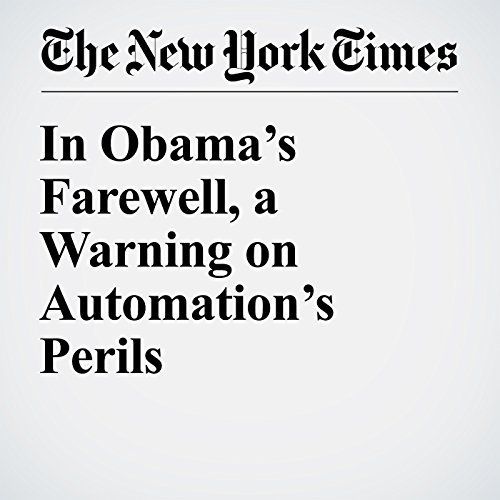 Underneath the nostalgia and hope in President Barack Obama’s farewell address Tuesday night was a darker theme: the struggle to help the people on the losing end of technological change.

"In Obama’s Farewell, a Warning on Automation’s Perils" is from the January 12, 2017 Business section of The New York Times. It was written by Claire Cain Miller and narrated by Corey M. Snow.