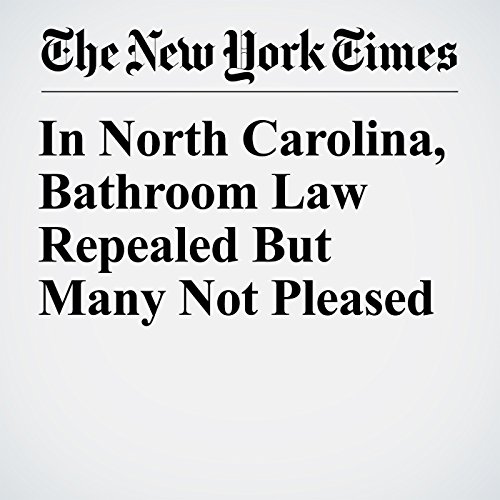 The American Civil Liberties Union and Lambda Legal, a gay rights group, called the compromise a “fake” repeal bill that “keeps in place the most harmful parts of the law.” The Human Rights Campaign and other gay rights groups called the deal “shameful” and accused the governor and the legislature of engaging in a “sell out” of lesbian, gay, bisexual and transgender people.

"In North Carolina, Bathroom Law Repealed But Many Not Pleased" is from the March 31, 2017 U.S. section of The New York Times. It was written by Richard Fausset and narrated by Caroline Miller.