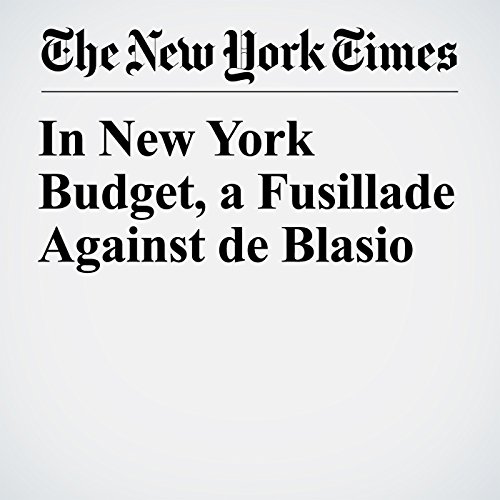 ALBANY, N.Y. — In his ceremonial unveiling of the new state budget Friday, Gov. Andrew M. Cuomo presented the $168 billion blockbuster as a rebuttal to Washington, a defiant thrust of the chin at President Donald Trump.

"In New York Budget, a Fusillade Against de Blasio" is from the March 31, 2018 U.S. section of The New York Times. It was written by Vivian Wang and Jesse McKinley and narrated by Kristi Burns.