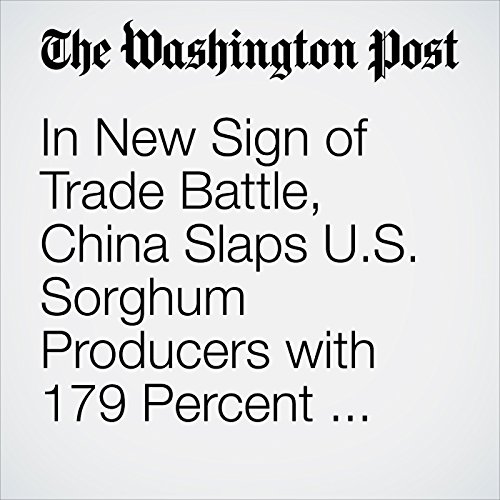 "In New Sign of Trade Battle, China Slaps U.S. Sorghum Producers with 179 Percent Deposit" is from the April 17, 2018 World section of The Washington Post. It was written by Emily Rauhala and narrated by Sam Scholl.