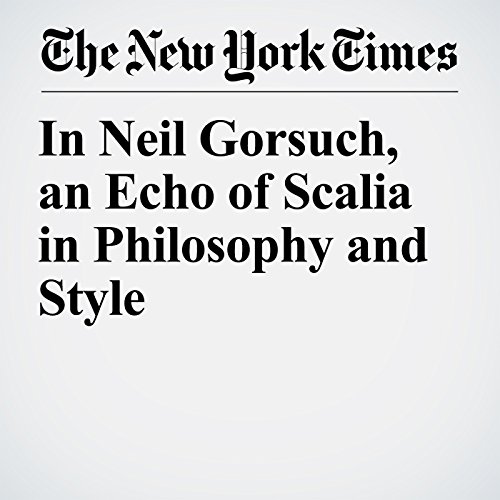 President Donald Trump, in nominating Gorsuch to the Supreme Court, has chosen a judge who not only admires the justice he would replace but also in many ways resembles him. He shares Scalia’s legal philosophy, talent for vivid writing and love of the outdoors.

"In Neil Gorsuch, an Echo of Scalia in Philosophy and Style" is from the February 01, 2017 U.S. section of The New York Times. It was written by Adam Liptak and narrated by Caroline Miller.

Cosa pensano gli ascoltatori di In Neil Gorsuch, an Echo of Scalia in Philosophy and Style