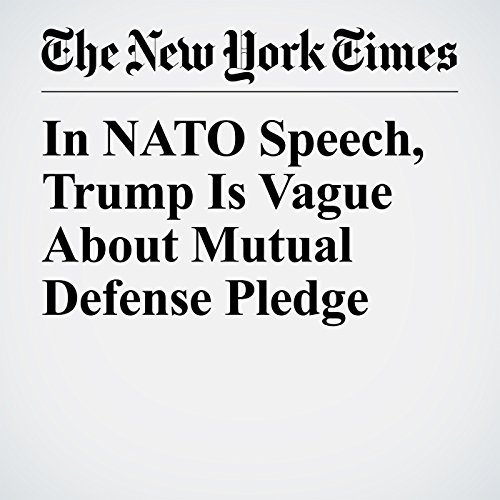 President Donald Trump on Thursday once again refused to explicitly endorse NATO’s mutual defense pledge, instead lecturing European leaders on what he called their “chronic underpayments” to the military alliance.

"In NATO Speech, Trump Is Vague About Mutual Defense Pledge" is from the May 25, 2017 World section of The New York Times. It was written by Michael D. Shear, Mark Landler and James Kanter and narrated by Kristi Burns.