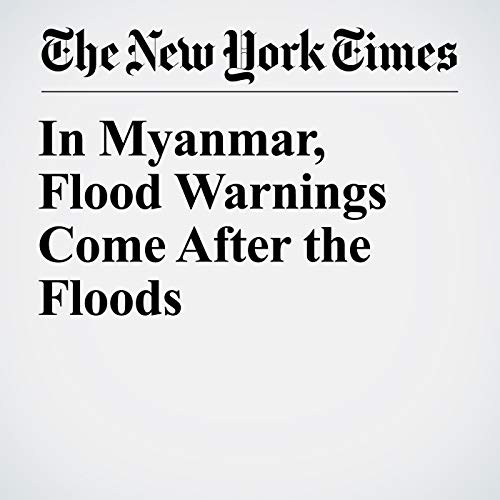 MANDALAY, Myanmar — Kyaw Swa, an environmental activist, received an urgent government warning Saturday to evacuate his home immediately because of the danger of heavy flooding in eastern Myanmar.But it was too late.

"In Myanmar, Flood Warnings Come After the Floods" is from the July 30, 2018 World section of The New York Times. It was written by Saw Nang and Richard C. Paddock and narrated by Keith Sellon-Wright.