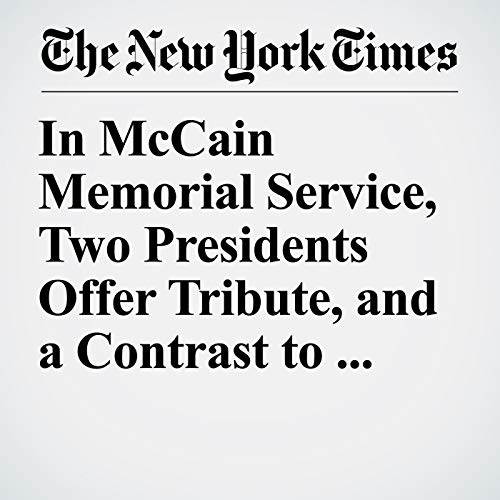 He drove them crazy. He berated them on the way to the White House and badgered them once they got there. He stood by them when he thought they were right and tore at their heels when he was convinced they were wrong. And when it came time to depart this world, John McCain wanted them to tell his story.

"In McCain Memorial Service, Two Presidents Offer Tribute, and a Contrast to Trump" is from the September 01, 2018 U.S. section of The New York Times. It was written by Peter Baker and narrated by Keith Sellon-Wright.