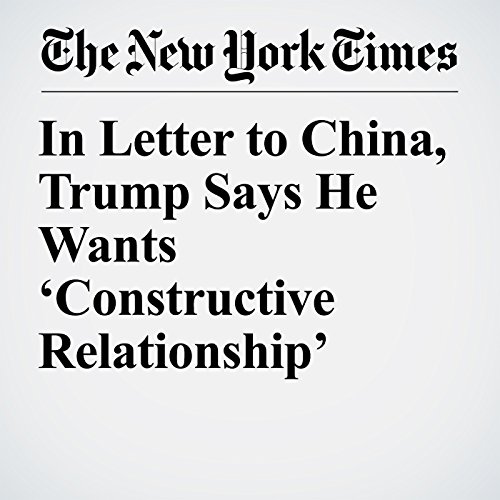 President Donald Trump has sent a letter to his Chinese counterpart saying he looked forward to developing a “constructive relationship” with Beijing, the latest in a series of conciliatory signals by the new administration after months of heated rhetoric aimed at the United States’ largest trading partner.

"In Letter to China, Trump Says He Wants ‘Constructive Relationship’" is from the February 09, 2017 World section of The New York Times. It was written by Michael Forsythe and narrated by Fleet Cooper.