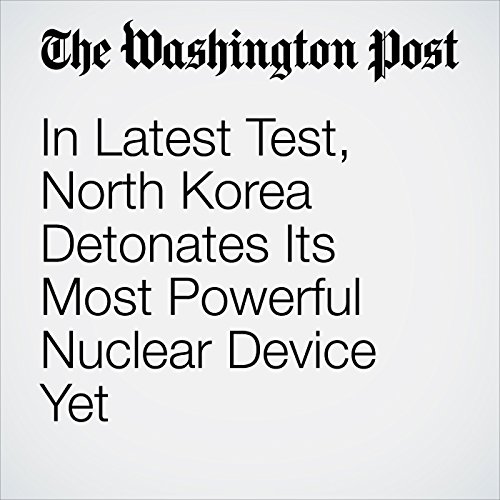 In Latest Test, North Korea Detonates Its Most Powerful Nuclear Device Yet

North Korea sharply raised the stakes Sunday in its standoff with the rest of the world, detonating a powerful nuclear device that it claimed was a hydrogen bomb that could be attached to a missile capable of reaching the mainland United States.

"In Latest Test, North Korea Detonates Its Most Powerful Nuclear Device Yet" is from the September 03, 2017 Asia & Pacific section of The Washington Post. It was written by Anna Fifield and narrated by Sam Scholl.