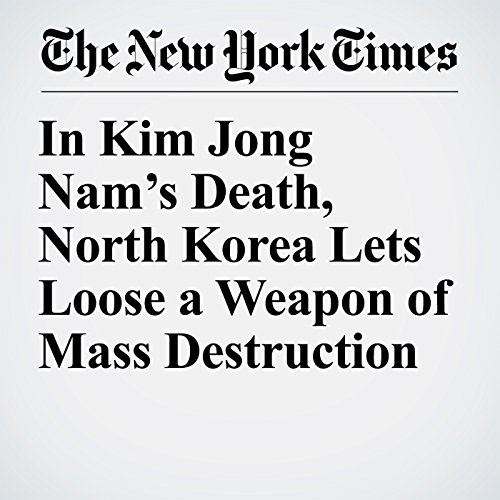 For years, North Korea has rattled the world with its nuclear tests and its threats to visit a nuclear holocaust upon the United States. Now, the finding by Malaysian police that Kim Jong Nam was assassinated with VX nerve agent is a stark reminder of the North’s lesser-known weapons of mass destruction: a stockpile of chemical and biological weapons.

"In Kim Jong Nam’s Death, North Korea Lets Loose a Weapon of Mass Destruction" is from the February 24, 2017 World section of The New York Times. It was written by Richard C. Paddock, Choe Sang Hun and Nicholas Wade and narrated by Barbara Benjamin-Creel.