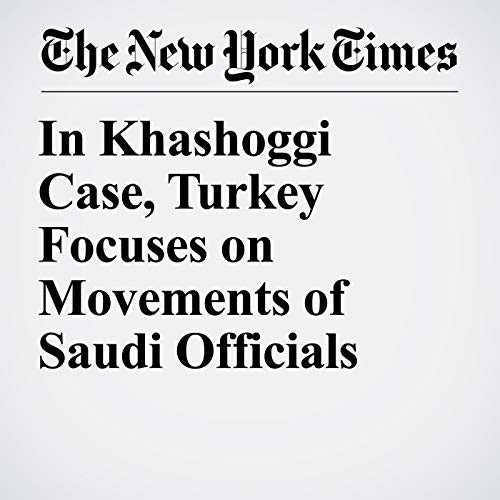 In Khashoggi Case, Turkey Focuses on Movements of Saudi Officials

ISTANBUL — Investigators are examining the movements of Saudi officials who flew to Istanbul and went to the Saudi Consulate there on the same day that a Saudi dissident journalist disappeared after going to the building, Turkish authorities said Tuesday.

"In Khashoggi Case, Turkey Focuses on Movements of Saudi Officials" is from the October 09, 2018 World section of The New York Times. It was written by Carlotta Gall and narrated by Kristi Burns.