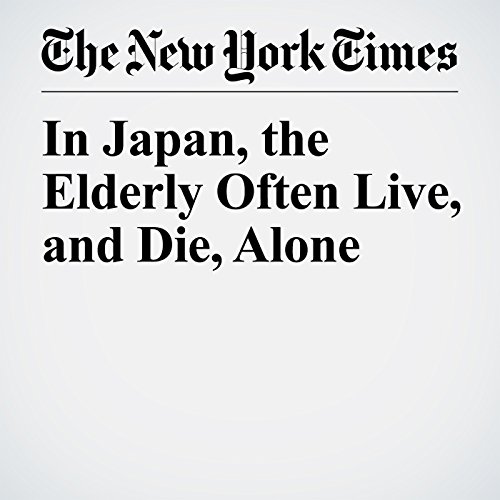 It was the afternoon of her 91st birthday, and unusually hot, part of a heat wave that had community leaders worried. Elderly volunteers had been winding through the labyrinth of footpaths, distributing leaflets on the dangers of heatstroke to the many hundreds of residents like Ito who lived alone in 171 nearly identical white buildings. With no families or visitors to speak of, many older tenants spent weeks or months cocooned in their small apartments, offering little hint of their existence to the world outside their doors. And each year, some of them died without anyone knowing, only to be discovered after their neighbors caught the smell.

"In Japan, the Elderly Often Live, and Die, Alone" is from the November 29, 2017 World section of The New York Times. It was written by Norimitsu Onishi and narrated by Archie Montgomery.