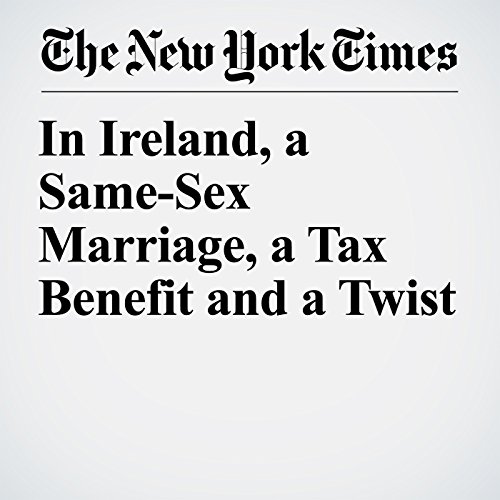 People love a good story at this time of year, and preferably one with a twist. Recently, Ireland was stirred by the story of two men in Dublin who, three days before Christmas, married for tax reasons. Local news media flocked to a civil registration office in Dublin on Friday to witness the wedding of the men, Michael O’Sullivan, 58, and Matt Murphy, 82, who, it was widely reported, decided to marry despite not being gay.

"In Ireland, a Same-Sex Marriage, a Tax Benefit and a Twist" is from the December 24, 2017 World section of The New York Times. It was written by Ed O’Loughlin and narrated by Kristi Burns.

Cosa pensano gli ascoltatori di In Ireland, a Same-Sex Marriage, a Tax Benefit and a Twist