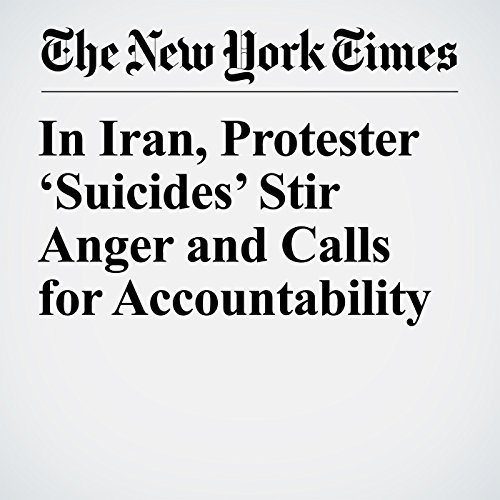 TEHRAN, Iran — Two of the detained young men killed themselves, and another was a terrorist who died in a clash with security forces, Iran’s government officials have declared with finality. But in an extraordinary display of audacity, many Iranians, including a number of lawmakers and a top entertainment star, have assailed such conclusions.

"In Iran, Protester ‘Suicides’ Stir Anger and Calls for Accountability" is from the January 14, 2018 World section of The New York Times. It was written by Thomas Erdbrink and narrated by Kristi Burns.