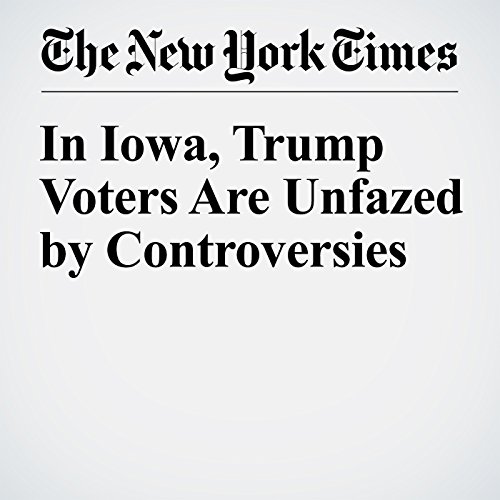 Washington may be veering from one Trump pre-inaugural controversy to another: unproved reports of Russia’s holding embarrassing information against him, possible ethical conflicts, the donors and billionaires of his Cabinet, his pushback against intelligence findings on Russian hacking in the election. But there does not seem to be much angst in Iowa among those who voted for Trump, including some Democrats and independents.

"In Iowa, Trump Voters Are Unfazed by Controversies" is from the January 12, 2017 U.S. section of The New York Times. It was written by Trip Gabriel and narrated by .