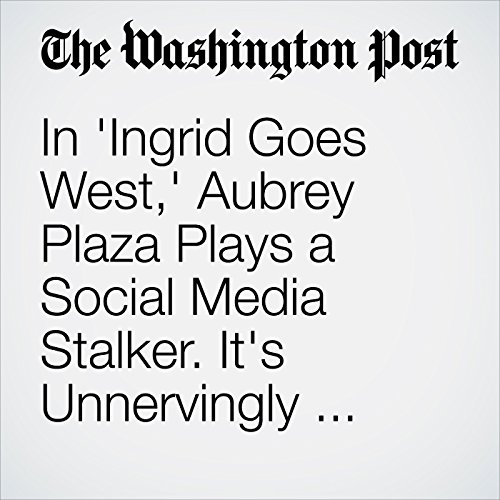 “I had a phone in my hand probably every second the whole time we were filming,” Plaza, who plays Ingrid Thorburn, said in an interview. “When we weren’t shooting, but I was on set, I was kind of allowing myself to get lost in looking at other people’s feeds and kind of spiraling into it — which I wouldn’t let myself do in my real life because I have self-control.”

"In 'Ingrid Goes West,' Aubrey Plaza Plays a Social Media Stalker. It's Unnervingly Relatable." is from the August 25, 2017 Arts and Entertainment section of The Washington Post. It was written by Elahe Izadi and narrated by Jenny Hoops.