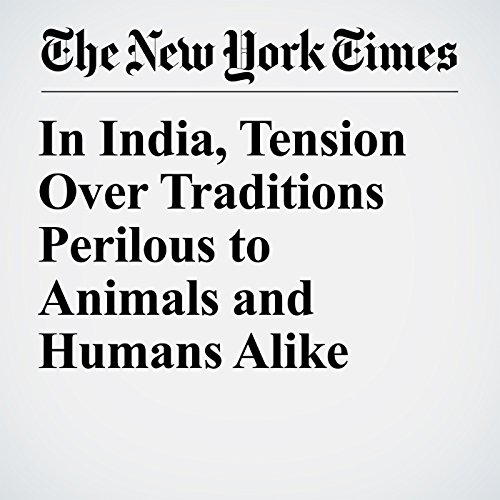 Streets throughout the state of Tamil Nadu in southern India were brought to a standstill Thursday as protests over a ban on a traditional bull wrestling festival entered their third day.

Protesters say the rite, Jallikattu, is part of their cultural identity, and they are urging Prime Minister Narendra Modi to overturn a Supreme Court ban on the practice.

"In India, Tension Over Traditions Perilous to Animals and Humans Alike" is from the January 19, 2017 World section of The New York Times. It was written by Nida Najar and narrated by Caroline Miller.