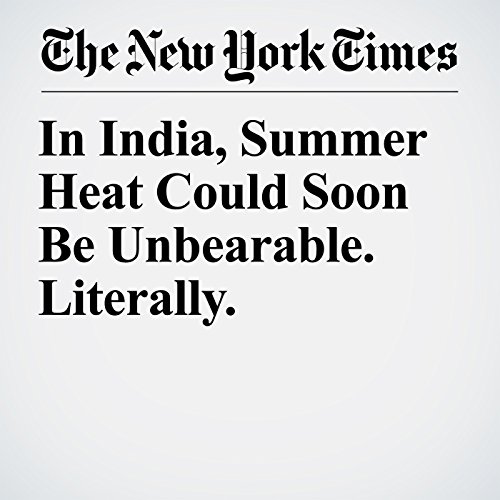 In India, Summer Heat Could Soon Be Unbearable. Literally.

NEW DELHI — On a sweltering Wednesday in June, a rail-thin woman named Rehmati gripped the doctor’s table with both hands. She could hardly hold herself upright, the pain in her stomach was so intense.

"In India, Summer Heat Could Soon Be Unbearable. Literally." is from the July 17, 2018 World section of The New York Times. It was written by Somini Sengupta and narrated by Keith Sellon-Wright.