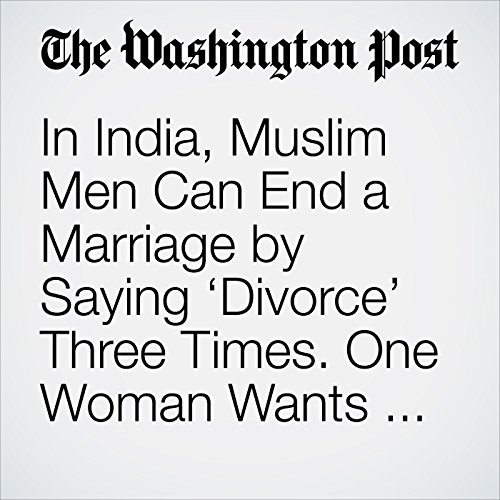 India allows communities to follow family laws that are governed by their religion. But the practice of what is known as triple talaq, or “the triple divorce,” among the country’s 170 million Muslims is one of the most controversial, because it allows a Muslim man to divorce his wife by merely uttering the word three times — sometimes even by Skype or email or text message.

"In India, Muslim Men Can End a Marriage by Saying ‘Divorce’ Three Times. One Woman Wants to Stop That." is from the January 31, 2017 World section of The Washington Post. It was written by Rama Lakshmi and narrated by Jenny Hoops.