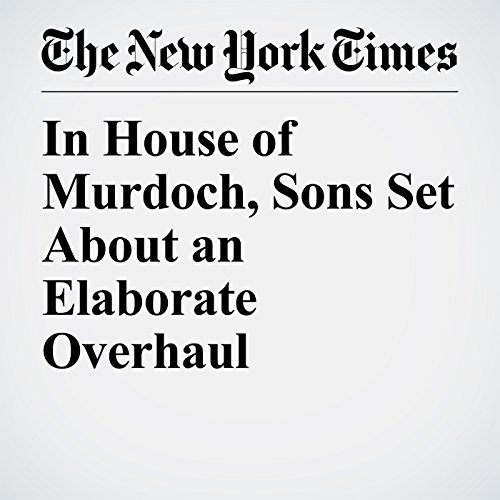 Over his storied career, Rupert Murdoch repeatedly showed that he was willing to trade workplace culture for profits — ride people hard, overlook putrid behavior as long as the results are there, reward infighting. When his sons took over two years ago, however, they immediately set about creating a warmer and fuzzier workplace, at least in parts of the company, and moving away from an anti-politically correct environment that, at least in the case of Fox News, seemed to enable the kind of behavior of which Ailes and O’Reilly have been accused.

"In House of Murdoch, Sons Set About an Elaborate Overhaul" is from the April 22, 2017 U.S. section of The New York Times. It was written by Brooks Barnes and Sydney Ember and narrated by Keith Sellon-Wright.