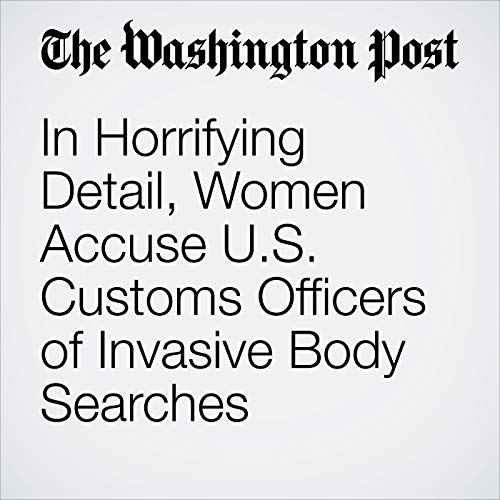 Tameika Lovell was retrieving luggage at New York’s John F. Kennedy International Airport when Customs and Border Protection officers detained her for a random search. It was Nov. 27, 2016, the Sunday after Thanksgiving, and the school counselor from Long Island had just returned from a short Jamaica vacation. Lovell, who is black, had been stopped before, but this time a CBP supervisor began asking questions she hadn’t heard previously.

"In Horrifying Detail, Women Accuse U.S. Customs Officers of Invasive Body Searches" is from the August 19, 2018 National section of The Washington Post. It was written by Susan Ferriss and narrated by Sam Scholl.