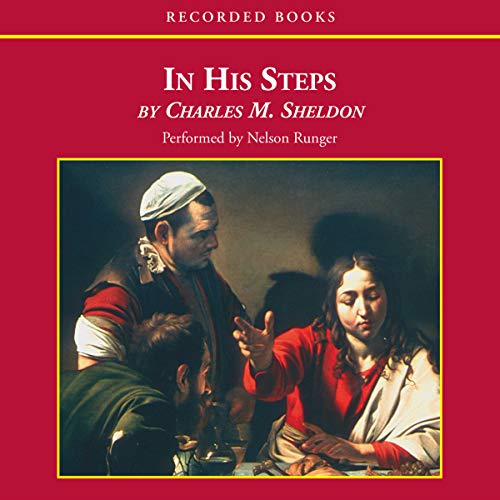 Over 100 years ago, Reverend Charles Sheldon stepped up to the pulpit to deliver a sermon to his little flock of Congregationalists. Little did he know that his humble parable would evolve into a novel that would be published in 45 languages and affect the lives of at least 15 million people. A desperate, unemployed printer, looking for help in the mythical town of Raymond, is ignored until he’s on the verge of dying. His last words, as he collapses in front of a church congregation, point out the difference between believing in Christianity and actually living it. The death of the homeless man becomes the catalyst for a year-long pact. What happens when an entire congregation decides to stop before every decision and ask itself, “What would Jesus do?” In His Steps is a book about life. Few books, other than the Bible, have been so widely circulated. Since its first publication, this inspirational classic has never been out of print. Its simple message transcends literature, theology, and religion.

The narrator was perfectly suited to the story, and conducted a wonderful performance. I was struck by how relevant this story still is, and how engrossed I got with it. You might think that the story would be dated, but the Christian experience transcends time, and the topics of suffering and faithfulness can easily be transferred to our lives today. I loved listening to the inspiration of the WWJD movement of my childhood, but it was more than that. The characters and lessons presented in this story truly helped me to put my Christian walk into perspective, and have spurred me into more conscious effort and ministry. I highly recommend this great little tale.

i loved this book. great stories about the life transforming motto that should guide our very lives. everyone should read it. great narrator. I'm sad that it was over.

Excellent story and narration. Many questions were asked and many not answered; some because there are no simple answers. Many are up for debate. Still, this book, after more than 100 years, is worth reading or listening to.

An excellent and inspiring story for all ages!

Nelson Runger brings Charles Sheldon's story to life in this moving performance! I look forward to listening to it again in the future.

A wonderful piece. I included a chapter a day as part of my bible study and worship. This will give you pause in your discipleship and help you consider “What would Jesus do?”

This is so good you will hang on to very word and you will be so blessed.

This book radically changed my life as a young woman. It gave me direction and purpose. I enjoy the audible version and I listen often at night. Highly recommend this Christian classic to everyone. It is not preachy at all. You will enjoy it.

I really enjoyed this book and being a Christian, it make's one think. The teaching are a good lesson.